Concrete is, after water, the most consumed resource on the planet and no other man-made material is more widely used. Without it, there are no buildings, bridges, dams or roads – no Sydney Opera House, no Hoover Dam or Golden Gate Bridge, no Pantheon in Rome.

It is no surprise, then, that it has significant environmental impacts. More than 4bn tonnes of cement, the main ingredient of concrete, are produced every year according to the think tank Chatham House, leading to around 8% of the world’s man-made greenhouse gas emissions (other figures estimate somewhere between 5% – 8%).

At the same time, concrete is essential to global development – to house a growing population and build the infrastructure the world needs. Cement production will have to rise by 25% by 2030, say Chatham House researchers.

But at the same time, “to bring the cement sector in line with the Paris Agreement on climate change, its annual emissions will need to fall by at least 16% by 2030,” the think tank says in a report, Making Concrete Change: Innovation in Low-carbon Cement and Concrete. Steeper reductions will be required if assumptions about the contribution from carbon capture and storage (CCS) technologies prove to be optimistic – as they have consistently over the last 10 years.

“How can we provide the world with the concrete it needs in a sustainable way?” Claude Lorea, Cement Director, GCCA

But while other sectors looking to cut their impact can simply reduce the amount of fossil fuels used in their production processes, things are more complicated for cement. 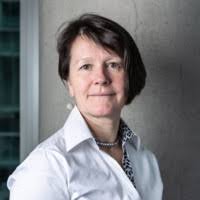 Only about 40% of the sector’s emissions come from energy consumption, with the remainder being released during the production process, principally from the chemical reaction when limestone is heated to about 1,450C. “It’s a very important point,” says Claude Lorea, cement director at the Global Cement and Concrete Association (GCCA). “The industry has a unique emissions profile. Solving the energy issue will not solve the whole problem.”

The GCCA is a CEO led initiative of the cement manufacturing sector. It builds on the sustainability work of the World Business Council for Sustainable Development’s Cement Sustainability Initiative, and has taken on the body’s work on reducing the industry’s environmental impacts while adding a key communications and advocacy role to highlight the full benefits of concrete. “There is a lot of confusion about what cement is and what concrete is. Concrete is the end product that people see in their lives. Cement is what glues together that end product,” Lorea adds.

The key issue facing the industry is: “How can we provide the world with the concrete it needs in a sustainable way?” she says. The sector has reduced its emissions per tonne of product by 18.4% since 1990, and it has a target to reduce emissions by 32% in absolute terms by 2050. This is a battle it is fighting on a number of fronts.

The first step is to use more renewably-generated electricity, but power use only accounts for about 5% of emissions, while 40% come from heating the kilns used to create the cement. Here, there is considerable potential to cut emissions and reduce the use of fossil fuels and primary raw materials by fuel-switching. “Cement kilns are the perfect tool for using waste from other sectors, especially biomass,” Lorea says. These waste products include paper and packaging, coffee and rice husks, animal waste and used car tyres. It is also possible to heat kilns using electricity, but unless the electricity is renewable, the benefit of this is minimal.

“Clinker substitution is not only a very effective solution, but also one that can be deployed cheaply today, as it does not generally require investments in new equipment or changes in fuel sources” Chatham House

Worthwhile as these efforts are, they do nothing about emissions from the process of ‘calcination’, which is crucial in making clinker, the main ingredient of cement. From a chemical point of view, the point of the calcination is to remove the CO2 from limestone, producing significant emissions. It is possible to reduce the impact by replacing part of the clinker in cement with other materials such as fly ash or slag – waste products from burning coal and making steel, respectively. Huge amounts of these materials are available in the two biggest cement markets, China and India, so there is great potential for a “quick win” cut in emissions. In Europe, some plants have replaced 90% of the fossil fuels they used to use, but eventually supplies will reduce as power generation and steel production are decarbonised.

“Clinker substitution is not only a very effective solution, but also one that can be deployed cheaply today, as it does not generally require investments in new equipment or changes in fuel sources,” Chatham House says. “It is, therefore, especially important to scale up clinker substitution in the near term while more radical options, such as the introduction of novel and carbon-negative cements, are still under development.”

Carbon capture utilisation and storage (CCUS) is another option – most efforts to introduce carbon capture have focused on power generation and have had limited success. But companies such as CarbonCure and Solidia Technologies are using CO2 to make concrete that both locks up the carbon and, they claim, is stronger than conventional concrete. Some novel cements can cut emissions by up to 90%, but at the moment they are only used in niche applications and have yet to reach large-scale commercialisation.

Concrete does not seem an obvious area for the application of circular economy principles, but there are a number of possibilities, Lorea adds. Fuel substitution and the use of captured CO2 have obvious circular applications, as do efforts to replace clinker. But concrete is also fully recyclable and can be reused in products such as aggregate for use in further concrete production and as a base layer for roads. Another huge opportunity is to make use of the heat produced in the cement production process.

“There is also a lot of thinking going on about building to last and building to recycle, with a focus on designing in efficient use of concrete,” Lorea says. “If we build smartly, then when, say, an office building comes to the end of its life, it can be repurposed as accommodation.”

There is no silver bullet when it comes to decarbonising the cement and concrete sector, Chatham House warns. Rather, “Shifting to a Paris-compliant pathway, with net-zero CO2 emissions by around 2050, will require going further and moving faster on all available solutions, as well as making sure that the next generation of innovative technology options is ready as soon as possible”.

Lorea is optimistic, “the sector is committed to taking climate action, spreading best practice across the globe, increasing the speed and adoption of innovation, and working across the built environment value chain to make myriad efficiencies and improvements – it’s why the GCCA was created!”