Last week VW announced it is setting up a company called “Elli” (short for Electric Life) offering energy services showing VW’s vision of what lies ahead for the automotive industry. It brings them head to head with Tesla and BMW who are already playing a role outside the traditional bounds of the car business. They are the new breed, ready to profit from customers who want to go electric as long as it makes financial as well as climate sense.

They are not the first and it seems that once you make the transition to become an EV manufacturer, you see the advantage of going all in. It’s about energy as much as it’s about mobility.

The conditions under which this announcement was made look absolutely right. Firstly, the EV market is in rude health. During the full calendar year of 2018, more than 36,000 new EVs were registered in Germany. Put another way, that’s about a 33% increase in market share compared to 2017. And Germany is not alone. 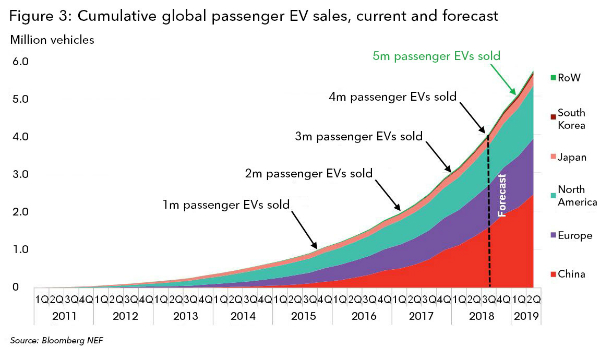 Norway leads the world in electric car sales where a third of new cars sold last year were pure electric (a new world record as the country strives to end sales of fossil-fuelled vehicles by 2025). That is up from 20.8% in 2017 and just 5.5% in 2013, while sales of petrol and diesel cars plunged. (Norway exempts battery-driven cars from most taxes and offers benefits such as free parking and charging points to hasten a shift from diesel and petrol engines). 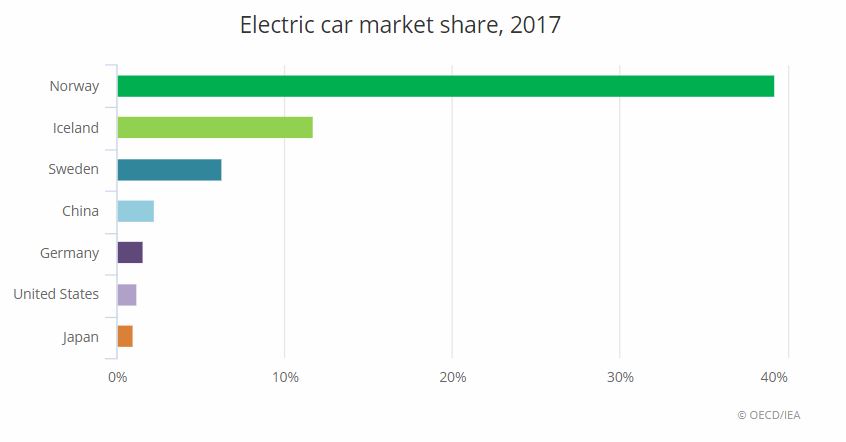 The International Energy Agency (IEA), using a slightly different yardstick for electric vehicles that includes hybrids that can be plugged in, showed Norway’s share of such cars at 39% in 2017, far ahead of second-placed Iceland on 12% and Sweden on 6%. Electric cars had a 2.2% share in China in 2017 and 1.2% in the United States. It seems like the core of the movement, the sale of EVs, has real momentum. But the cars are really only half the story.

Thorsten Nicklaß, Elli’s CEO, points out that the new business will be offering non-Elli customers green power. “We intend to enable a lifestyle that fully integrates the electric car in people’s everyday lives”. This is because their customers won’t just be buying into electric vehicles but also some charging infrastructure (the charging “station”) and an overall energy management system which turns their car and home into a power generator and electricity supplier overnight.

Half of all electric car owners charge their vehicles at home and they won’t all become VW owners. But that’s just fine. Elli intends to provide “green power” for private households with or without an electric vehicle with details of the first tariff models being announced in the near future.

The full package is quite a revolution for a car manufacturer. On top of a car, you can have an energy management system and a charging station that can turn your car into an energy storage solution connected to the smart grid thanks to bidirectional charging capability. Customers can even store power generated by the car’s photovoltaic systems to use it later in the house OR feed it to the power grid to earn money. And with the costs involved, customers will find that very welcome.

Improving efficiency is a key objective of the drive to reduce emissions but requires a re-think of how and when we consume power. That costs time and effort on the side of the consumer and the cost savings are not always enough to force change. But make it part of a package that comes with something you really want – like a brand-new car – and maybe it becomes the catalyst.

This reduction in the net cost of switching to an EV is part of a suite of features and benefits of this holistic approach that combine to, hopefully, make sense of the big investment required in making the jump.

One of the biggest arguments the salesman at the forecourt has to overcome is the high price and relatively short life of the batteries themselves.

After approximately 6,000 charging cycles lithium batteries become too tired to serve the power needs of an EV and customers will no doubt baulk at the idea of having to replace them too frequently. But VW’s and BMW’s investment in an electric lifestyle proposition mitigates this very simply. Rather than disposing of the depleted batteries, they can be brought inside and added to your home energy system where they will perform very well for many more years supplying power for lighting and other electrical appliances. This creates a valuable recycling opportunity that will help customers (and car manufacturers) overcome the high cost/short life battery conundrum.

Whilst VW, and many others, are already well on the way from car-manufacturer to EV-manufacturer to energy company, some manufacturers are struggling to get on the ladder before it’s pulled up from above. In the UK, Jaguar Land Rover (JLR) has just announced it will cut 10% of their overall workforce (about 5,000 jobs) as they prepare to go electric before it’s too late.

Their German CEO, Professor Dr. Ralf Speth, explained the cuts saying; “the automotive industry [including] JLR, is facing unprecedented disruption in the geopolitical and regulatory areas whilst, simultaneously, facing huge challenges resulting from the new technologies for smarter mobility.”

Note the word “challenges”, not opportunities. The difficulty for JLR is down to their investment in diesel. Simon Jack, the BBC’s Business Editor, described the purr of Jaguar’s top-flight diesel engines as “the sound of the past”.

“If you were going to start an “electric-first” brand, up against the Teslas of this world, you would not start from the position JLR is starting from” Simon Jack, BBC 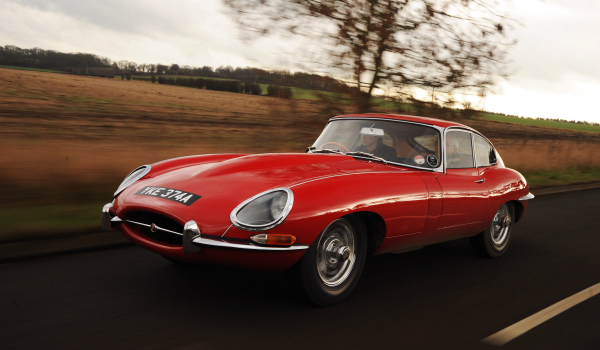 JLR is making the cuts at their UK HQ to make way for a centre focussing on battery and electric motor design. According to Professor David Bailey, of Aston University, the investment into electric motors and batteries by JLR is the first sign they are planning to modernise their business: “I expect them to make Jaguar an all-electric competitor to Tesla in the future…that’s the direction of travel”.

Going electric is the first step. The next step is transforming into an energy company where you have a stake in not just e-mobility but the energy supply chain itself. By providing a framework for the car and home energy management at the same time, many of the obstacles for customers to make the leap to EV are overcome.

The success, or not, of different manufacturers in making the transition will depend on their ability to finance a serious re-structuring as well as persuading their customers they can afford to switch with them. That’s why the car-maker as energy solutions provider is crucial and if you’re already selling a lot of EVs it helps. For others, like Jaguar, re-inventing themselves in a hurry will be a tricky, and expensive, manoeuvre. Well, let’s hope they make it and then, perhaps, we might live to see an all-new, electric E-type. The original E-vehicle!

McKinsey report A long-term vision for the European automotive industry