by Mike Scott – in Abu Dhabi for Energy Post

When oil became the dominant form of energy in the 20th century, it not only had a huge impact technologically – it defined the shape of geopolitics for decades as well, giving outsize power and influence to a few countries that were lucky enough to be sitting on top of oil (and later gas) reserves.

Now that influence is set to wane as the world switches from fossil fuel to renewable energy and it presents a huge opportunity, particularly for some of the world’s poorest countries.

Because every country in the world has some renewable resources, and the cost of renewable energy is falling so drastically, there will be a democratisation of the energy landscape, according to a new report from the International Renewable Energy Agency’s Global Commission on the Geopolitics of Energy Transformation. 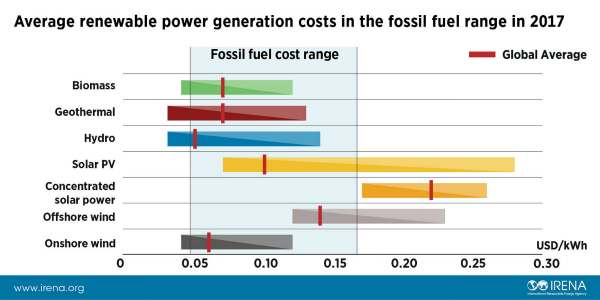 Ólafur Ragnar Grímsson, the former president of Iceland, who chaired the commission, said that his own country is an example of how renewables can transform a country’s fortunes. “We have seen leadership in renewables come even from small and medium-sized countries. One is my own, thanks to its geothermal resources, while Denmark has become a leader in wind.”

During the 20th century, Iceland went from being one of Europe’s poorest countries, highly dependent on imported coal and oil, to a country with a high standard of living, which derives 100% of its electricity from hydro and geothermal energy, the report points out.

“The effective development of its renewables has enabled Iceland to bolster its energy security, widen its economic base, and attract new industries to the country, including aluminium smelting, data storage and greenhouse agriculture,” it adds.

The shifting sands of the energy landscape now present a real opportunity for those emerging markets that are not blessed with fossil fuel resources. “The geopolitical transformation will enable countries in parts of Asia, Africa and Latin America to reduce their energy imports,” Grimsson told Energy Post. “Countries all over the world will, for the first time, be energy independent.”

“Countries all over the world will, for the first time, be energy independent.” Ólafur Ragnar Grímsson, former president of Iceland

In Africa particularly, the opportunities are huge, said Carlos Lopes, former executive secretary of the UN Economic Commission of Africa and a native of Guinea-Bissau. The first one is for several countries that have reserves of strategic minerals that are vital for the production of renewable energy technology such as wind turbines and batteries. The Democratic Republic of Congo will play a key role.

“There are a number of minerals, such as cobalt, copper, graphite and coltan, that will be essential for renewable energy and that are highly concentrated in a few countries, a lot of which are in Africa,” Lopes said. “Those countries will be incredibly geo-strategically important in future. This is a huge opportunity for the continent.”

The other opportunity is for countries to wean themselves off reliance on the fossil fuel producers. “Every country can tap into one renewable energy or another to produce energy domestically and become more energy independent,” he added. “In Africa, almost half (48%) of the population don’t have access to electricity. Giving them that opportunity will be a major push factor for growth across the continent.”

Most countries in Sub-Saharan Africa will benefit from reducing fossil fuel imports and generating renewable energy domestically, because this will boost job creation and economic growth. “In the long-term, African countries have a unique opportunity to leapfrog the fossil fuel-centred development model despite recent discoveries of oil and gas,” the report says.

However, Lopes warns that African countries still face a number of challenges in benefiting from the rise of renewables. “What will really change the landscape will be industry, and Africans are latecomers to the clean energy sector. As a result, they face skewed intellectual property regimes and don’t have the knowledge base that others do. The globalisation of value chains has already distributed roles to different regions. There is a skills deficiency in sub-Saharan Africa, too.”

But Africa is growing fast – faster than renewable energy can keep up with, as Energy Post reported recently. It will be cheaper, initially, for Africa to use fossil fuels to drive its development, which is why their use is growing in the region at the moment.

For renewables to thrive, “Africa must create its own regional value chains to serve its growing markets. It’s not going to happen immediately, but it should be on the agenda.” 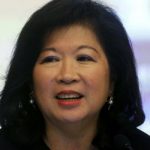 The change will cause serious problems for fossil fuel producing countries that fail to prepare for the transition, said Grimsson, with those most dependent on oil the most vulnerable. The report cites countries such as Iraq and Libya, along with Nigeria and Angola as particularly vulnerable.

Even countries that have a lot of renewable resources will not necessarily make the most of them if the political will is not there, former Indonesian trade minister Mari Pangestu told Energy Post.

While China and India have started tackling air pollution because of growing pressure from citizens, the same is not yet true in Indonesia, one of the world’s biggest coal producers, she said. But with 70% of the population set to be living in cities by 2030, that will surely change. “People won’t take living in polluted cities any more. If we don’t invest in sustainable infrastructure now, it is going to cost us in the future.”