THIS WEEK: Climate policy is about to get serious in Brussels – “Minus 2% target will be difficult to achieve” 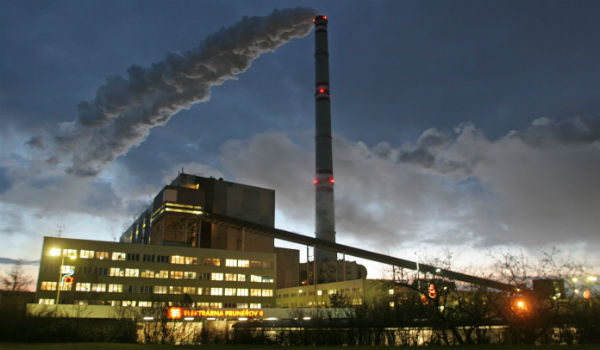 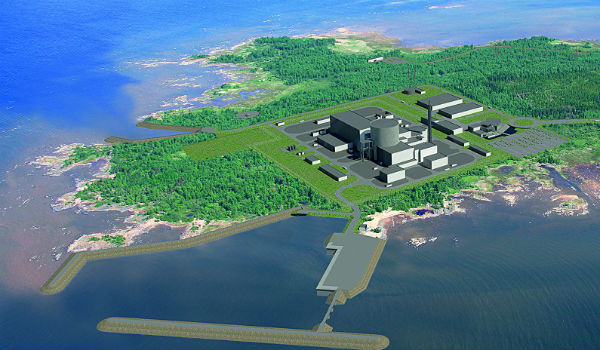 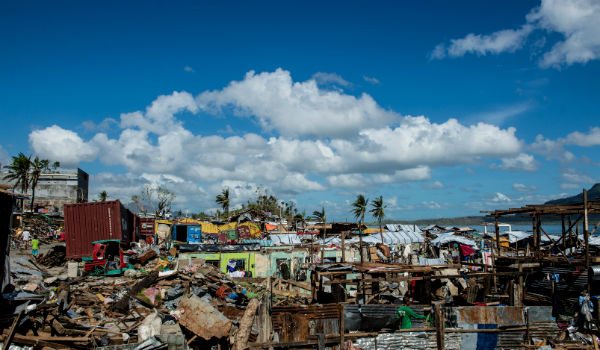 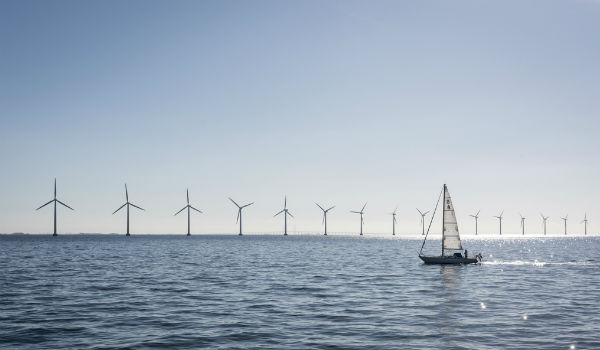 EXPRESS #4 Cooperation: a policy for offshore wind – and demand response

As energy policies are becoming more and more national again in Europe, countries are increasingly having to take painful decisions. Overriding question: how to get to a low-carbon energy system while guaranteeing security of supply and affordable energy.

In the UK the government has taken what the BBC calls a “landmark decision” to allow fracking for shale gas for the first time, overriding a local decision by a County Council in Lancashire. Cuadrilla can now finally – after nine years of legal and regulatory struggles – begin fracking.

However, environmental groups have promised fierce resistance and opinion polls show little support for the decision. Alex Russell and Peter Strachan, two Scottish professors, and long-time critics of shale gas production in the UK, have written a strongly worded manifesto in response to the government’s decision, which we published on Energy Post this week.

They paint a gloomy picture of a British landscape spoiled for tourists and agriculture. They also argue that with current oil prices shale gas production is not even profitable in the UK, which means the British taxpayer will have to subsidise it. Above all, they call on the Scottish government to retain its moratorium on fracking in Scotland.

Germany has chosen a different path to the low-carbon future, but its famous Energiewende is increasingly beset by problems. The major problem is that costs are spiraling out of control.

Germany of course took the fateful decision not just to stimulate renewable energies very generously but at the same time to close its nuclear power stations. That may not have been a smart idea in terms of cost.

One idea underlying the Energiewende is that wind (and solar) energy produced in the north of the country will be transported to the industrial and urban centres in the south. This, however, requires the construction of long-distance high voltage lines, but these are fiercely resisted by the population. And they are costly.

The German government last year decided the cables need to be laid underground. TSO Tennet recently announced that it will increase its transmission fees by 80% next year to cover the additional costs of this operation.  As Hamburg-based independent energy expert Jeffrey Michel writes in a new article about the limits of the Energiewende, that raise will add another €30 to all 3-person household electricity bills in Germany next year.

Acceptable, you say? Yes, but a new study from the Düsseldorf Institute for Competition Economics (DICE) finds that by 2025 total costs of the Energiewende – including the subsidies for renewable energy – will likely exceed €25,000 for an average four-person household.

Michel concludes that the Energiewende is running up against its limits. Ironically, he adds that it may be saved in the end – by cheap coal power imported from the Czech Republic, which will be needed to ensure that the lights won’t go out in the south of the country.

Full article: the Energiewende is running up against its limits

If there is one energy source that is guaranteed to generate confrontation, it’s nuclear power. Yet in Finland there now seems to be consensus about the construction of a new nuclear power station. This is all the more remarkable if you consider that the power station, Hanhikivi-1, will be built by the Russian nuclear power giant Rosatom. Not to mention the fact that Finland is being confronted with another new nuclear power project, Olkiluoto-3, built by Areva of France, which has run into huge problems. Olkiluoto is now 9 years behind schedule and three times over budget.

But whereas Olkiluoto is a source of bitter confrontation, Hanhviki, owned by a consortium of companies called Fennovoima, seems to be a model of cooperation. To be sure, there have been some protests against the project but all in all Fennovoima has managed to get policymakers, the public and the regulator behind the plant so far. It is now headed for a 2018 construction start date.

To find out how they did it, journalist Eric Marx travelled to Finland and talked with representatives from the company, the regulator (STUK) and local officials. It’s a fascinating story which shows the amazing amount of work that a company needs to do to get a project like this accepted by public and policymakers and approved by the regulator.

One key to the (probable) success of the project is that Fennovoima is a consortium whose owners include 57 municipalities, industrial companies and power companies that will all benefit from it. Another is the fact that Rosatom is a minority owner who is co-financing the plant.

Even so, getting a construction licence in Finland is no small feat: the power plant has to meet 8,000 regulator guidance protocols from regulator STUK!

Confrontation on a much wider scale will be mankind’s destiny if we fail to get to grips with climate change. That is the grim message journalist Alex Forbes took away from an interview with Richard Richard L. Morningstar, Founding Director and Chairman of the Global Energy Center and David Koranyi, Director of the Eurasian Energy Futures Initiative, both part of the Washington DC based think tank The Atlantic Council.

The Atlantic Council is a bipartisan think tank which may be seen as representing the old US political “establishment” – you will remember from the days when there was such a thing as consensus in US politics. They don’t grab the headlines very much anymore but are still at work trying to promote broad US interests in the world (in contrast to narrow ones) and in particular to ensure that Europe and the US remain aligned on key policies. Energy is an important part of their brief.

In this interesting in-depth interview with Alex Forbes, Morningstar and Koranyi discuss a number of hot energy topics. They see a “direct relationship between climate change, geopolitics and global security” and warn that the time horizon to fix the climate problem is “extremely short”. If we fail in tackling it, we will see massive migration and resource wars as a result.

They also note that “the stability of energy-producing countries highly dependent on fossil fuel revenues” is at stake in the energy transition, which is an issue that should concern us all. Further, they are convinced that gas should play a key role in the energy transition – but that Europe should ensure it is not dependent on Russia. They oppose the Nord Stream 2 project (Gazprom’s planned pipeline through the Baltic Sea to Germany) because it does not help Europe diversify its gas sources.

They also oppose Donald Trump by the way. His election would be “catastrophic in the climate change and energy space”, Koranyi says bluntly.

Full article: The energy prescriptions of The Atlantic Council: “There’s a direction relation between climate change and geopolitics”

Cooperation: a policy for offshore wind – and demand response

Europe is united at least on one energy front at the moment: it is the absolute world leader in offshore wind.

More than 90% of offshore wind farms are in Europe. The top 11 owner/operators are all European (with Dong leading the pack). In terms of wind turbine suppliers Siemens (65%) is number 1, followed by Vestas (21% ), Senvion (6.6%) Bard (5%) and other European players.

These European companies have also made impressive progress in bringing down costs of offshore wind power, making this a truly promising technology in terms of production potential for the future.

However, writes independent energy consultant Mike Parr, competition is increasing. Other countries –such as China, the US and Japan – are now also starting to build offshore wind installations. Moreover, Europe, despite its success in this technology, still has a problem ensuring a stable investment climate. The EU’s offshore wind sector is developing in fits and starts as a result of erratic policies, says Parr.

To ensure that Europe keeps its global lead in offshore wind what is needed, according to Parr, is an EU-wide industrial policy dedicated to promoting the offshore wind sector. Only this will make it possible for companies to maintain investment in cost reduction and technology improvement. If this is not forthcoming there is a risk that the European offshore wind sector will suffer the same fate as the solar power sector and will see a lot of activity going to China.

There is also widespread consensus in Europe about the need to promote “demand response” in the energy sector – i.e. to give consumers (large and small) the means to adapt their electricity consumption to market signals.

The gains from efficient demand response arrangements are in fact very significant. New research commissioned by the Regulatory Assistance Project (RAP) finds that demand flexibility can save many billions of euros in electricity costs, writes Philip Baker in an article on Energy Post. RAP looked at the predicted reduction in the French, German-Austrian, and Nordic day-ahead market costs due to the application of demand response and concluded this could add up to as much as €1.6 billion across these three markets.

To make this happen, however, is far from easy. In fact, certain arrangements that have now been made, particularly in France, make it impossible to reap any significant benefits from demand response, writes Baker. In France energy suppliers actually get compensated for the “losses” they suffer as a result of demand response initiatives (which lead to lower consumption).

With the EU currently working on a plan for a new “market design”, Baker argues that the French example is a bad one. “Brussels should resist calls to ‘compensate’ energy suppliers for perceived losses as a result of demand response arrangements”, he writes.