THIS WEEK: The fight over EU’s nuclear power ambitions and what it means for the future of European energy research 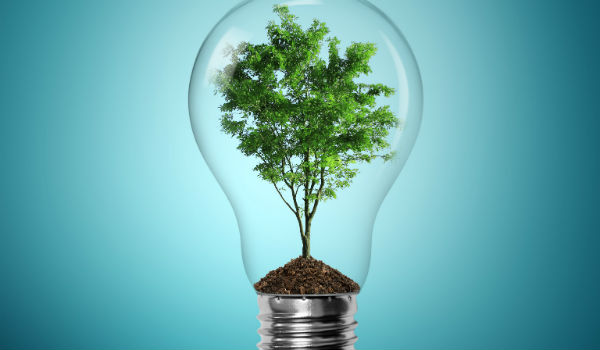 EXPRESS #1  What to think of Guarantees of Origin? 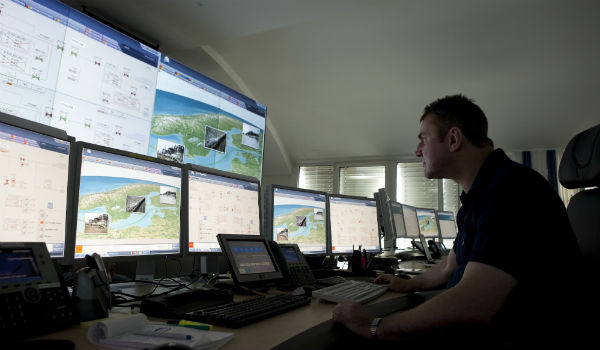 EXPRESS #2 What to think of Nord Stream 2 and the EU’s deal with Gazprom? 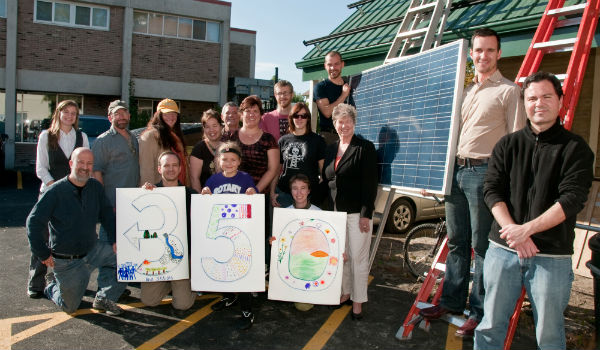 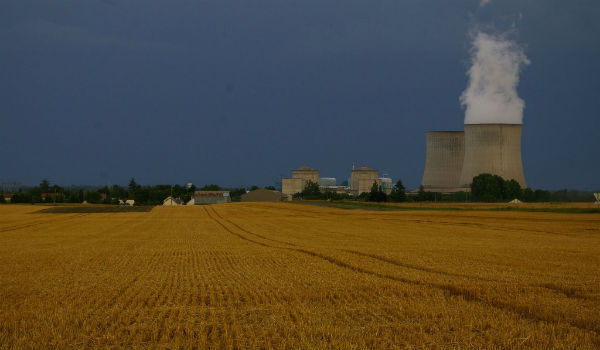 EXPRESS #4 What to think of French versus German energy policy?

What to think of Guarantees of Origin?

When is green electricity green?

In the EU there is a system in place – allowed for by the EU Renewable Energy Directive – called Guarantees of Origin (GO), which provides certification of green electricity.

That’s pretty straightforward, but then comes the hard part: this GO is tradeable. The producer can sell it to another supplier of electricity, who can use it to sell “green” electricity to customers, even though he himself has not produced any renewable electricity. The reasoning is that somebody has put green electricity on the grid somewhere, so even if the customer does not use the green electricity physically (it can’t be traced on the grid after all), he has purchased it, and it has been produced.

On Energy Post we published an article recently in which energy traders through their organisation RECS International argued that the EU should start tracking renewable energy consumption through GOs, to make clear to the public not just who is producing renewable electricity but also who is consuming it.

The traders argue this system should be more explicitly supported by the EU, now that the European Commission is preparing for a big legislative package before the end of the year, including a revised Renewable Energy Directive. They say it promotes the production of renewable electricity in Europe.

However, not everyone agrees GOs are a sound system. This week we published an article by Jörg Mühlenhoff, Renewable Energy Coordinator at BEUC, the European Consumer Organisation, who argues that the GO system is flawed. With GOs, Mühlenhoff writes, suppliers can “set up a green façade”. They can pretend they sell green electricity whereas in reality they still produce conventional electricity.

He also uses the Netherlands as an example, but then as a model of what is wrong with the system. He says the Dutch situation shows why the system is a fraud: Dutch consumers are massively buying green electricity, yet Dutch renewable electricity production is stagnating.

So who is right? Both have a point. The problem with the system at the moment is that it is mostly based on GOs that derive from Norwegian hydropower producers. They put massive amounts of green electricity on the grid, receive GOs for it, which they then sell, e.g. to Dutch suppliers, who sell it on their customers. Thus, Dutch consumers in effect buy Norwegian hydropower. Nothing wrong with that, but this implies that Norwegian consumers are not using Norwegian hydropower anymore – they are buying dirty electricity produced in the Netherlands!

If Norwegian consumers realised this, they might demand that Norwegian energy companies do something about it, but the problem is that of course they don’t realise it.

Here is where the system does fail.

Personally I do think the GO system could work, if it were set up differently. For example, why not limit it to decentralized solar and wind power? That would reduce the number of GOs in the system, drive up the price, and thus make it more lucrative for producers to produce renewable electricity.

It will be interesting to see which side the European Commission will choose in the revised Renewable Energy Directive.

Full article: Why most ‘green’ electricity in Europe isn’t green

What to think of Nord Stream 2 and the EU’s deal with Gazprom?

It seems more and more likely that Gazprom’s Nord Stream 2 project will go ahead.

On Wednesday it was announced by Gazprom and the European Commisson that they are putting the “final touches” on a deal that would resolve the anti-trust dispute that has been dragging on since 2012.

This is important news in its own right. It will be disappointing to the Russia-critics in many eastern European countries (and in the US) who were looking for big fines and tough court cases in the Gazprom antitrust case. Although Europe’s Competition Commissioner Margrethe Vestager said on Wednesday that “all options remain on the table”, it seems that the European Commission is on a course for a peaceful settlement.

As part of a deal, Gazprom is expected to take a number of measures that will improve competition, such as dropping destination clauses and other conditions in its gas contracts. Gazprom’s deputy head Alexander Medvedev said the company will come with a formal offer within weeks.

This is clearly positive news for the controversial Nord Stream 2 project, but there was other news that gives positive signs for Nord Stream 2. The Wall Street Journal reported that the European Commission is about to grant Gazprom authorization to ship more gas through the OPAL pipeline.

The conflict around OPAL has also been dragging on for years. OPAL is the connecting pipeline through Germany to the Czech Republic for the first Nord Stream pipeline: 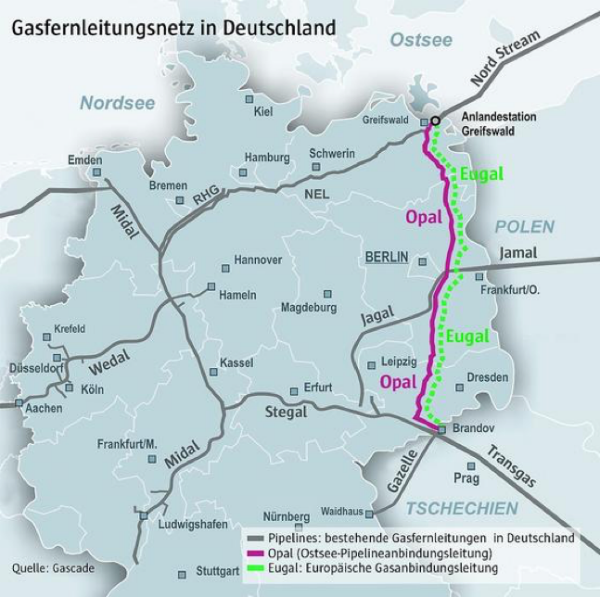 At this moment, Gazprom is only allowed to use 50% of the capacity of OPAL under EU third-party-access regulations. The problem is that not many third parties are interested in using the other 50% of the capacity, so most of the time the pipeline is half empty. This constrains the profitability of Nord Stream 1. The German authorities have long pleaded with the EU to give an exemption to OPAL on the third-party access rule.

If the EU will now grant Gazprom such an exemption, as the WSJ reports, this will also improve the business case for Nord Stream 2. The second Nord Stream, if it gets built, will be connected to the EUGAL pipeline, which will run alongside OPAL (see picture). It seems likely that Gazprom will also want an exemption for EUGAL, which now seems to be on the cards.

All of this news is positive for the prospects of Nord Stream 2. In this connection, an interesting article appeared on the website of the Polish think tank OSW (Centre for Eastern Studies), which summarizes the position of Finland, Sweden and Denmark on Nord Stream 2. The article makes it clear that those three countries – through whose Exclusive Economic Zones Nord Stream 2 will run – will not actively seek to block Nord Stream 2.

Sweden and Denmark are sceptical about the project, the article makes clear, but for various reasons they would not try to stop it out of their own accord. They expect the European Commission to assess the compliance of Nord Stream 2 with EU legislation and will abide by the decisions made in Brussels.

There is little then that is standing in the way of Nord Stream 2, at least from a political perspective. The economics also have to make sense of course.

I have written an article explaining the economic rationale behind Nord Stream 2 and why I think the EU should allow the pipeline to be built. In the end, I believe it will be good for the EU’s security of energy supply – despite the deplorable nature of Vladimir Putin’s regime.

You can read my article here: Who’s Afraid of Nord Stream 2?

The debate over nuclear power has been going on as long as I can remember (I go back some 15 years – in this field anyway), and it will probably continue for as long as I am around. But it needs to be waged, because it is and will remain important.

I think it’s fair to say that the stormy growth of renewables in recent years has put some heat on the nuclear sector, which is being pressed perhaps more than ever to justify itself. Nuclear projects are obviously much more time-consuming and complex to carry out than renewables, and they have safety issues (long and short term) that can’t be denied.

So what if it turns out that we don’t really need nuclear power in a low-carbon energy world? This question is all the more annoying for nuclear supporters as it is precisely the “decarbonisation” effort that has put nuclear agenda back on the agenda as a wave of the future rather than a relic of the past.

I don’t claim to have the answer to this question. Certainly many reputable analysts believe that we can’t do without (more) nuclear power if we want to save the world. Mark Diesendorf, Associate Professor of Interdisciplinary Environmental Studies at UNSW Australia, does not agree. He believes that clean, safe renewable energy technologies have the potential to supply 100% of the world’s electricity demand.

To make people see this, it is first of all necessary, says Diesendorf, “to refute the deliberately misleading myths designed to promote the politically powerful but ultimately doomed nuclear industry”.

Myth 2: There is a renaissance in nuclear energy.

Myth 3: Renewable energy is not ready to replace fossil fuels, and nuclear energy could fill the (alleged) gap in low-carbon energy supply.

Diesendorf’s conclusion: “Computer simulation models and growing practical experience suggest that electricity supply in many regions, and possibly the whole world, could transition to 100% renewable energy. Most of the renewable energy technologies are commercially available, affordable and environmentally sound. There is no fundamental technical or economic reason for delaying the transition.”

The article has over 600 shares already and a lot of comments. You can find the full story here.

What to think of French versus German energy policy?

Last week we published an article from energy consultant Jeffrey Michel about how the German Energiewende is running up against its (financial) limits.

Germany of course not only opted to provide very generous financial support to solar and wind power, but at the same time decided to phase out its nuclear power. A recent report calculates that the cost of the Energiewende will exceed €25,000 per average four-person household by the middle of the next decade.

An additional problem is that the south of the country currently depends heavily on nuclear power and is not a great area for wind power. As a result, wind power needs to be transported from the north to the south, which involves massive investment in high voltage transmission lines – which also need to be laid underground because of public opposition to above-ground lines.

By contrast, the French way looks to be much more practical. It is based on a highly centralized system of nuclear power, which supplies 75% of French electricity demand. Zero-carbon at that. As for Fukushima-type security fears, no major accident has ever happened in France. Case closed, you could say.

However, there are drawbacks to the French system, writes Belgium-based energy consultant Benedict de Meulemeester, in an article on Energy Post. Problems have been discovered in the steel used in many of the French nuclear power plants. EDF, France’s state-owned sole nuclear producer, this week announced it will carry out extra inspections at 18 nuclear reactors.

This means first of all that power output will be curtailed substantially in the coming winter. Already year-ahead wholesale power prices have risen sharply in France as a result of this. But what if the problem turned out to be a serious security risk? Relying so much on nuclear power, France can’t afford do without it. It makes the French system quite vulnerable.

De Meulemeester also points out that French nuclear power is not as cheap as its proponents claim. It does not involve the feed-in-tariffs of the German system, but includes massive hidden subsidies nonetheless. (Just consider that the state-owned nuclear construction company, Areva, had to be bailed out by EDF last year.) In addition, many reactors are old now and will need to be decommissioned over the next years.

Germany, by contrast, will, a few decades from now, have a flexible, decentralized energy system, in which many millions of people and businesses participate.

So the jury is still out whether France or Germany has chosen the best energy course. That will only become apparent in the long term.