Innovation (1): “Getting rid of old ideas”

Innovation (4): The big shift away from oil 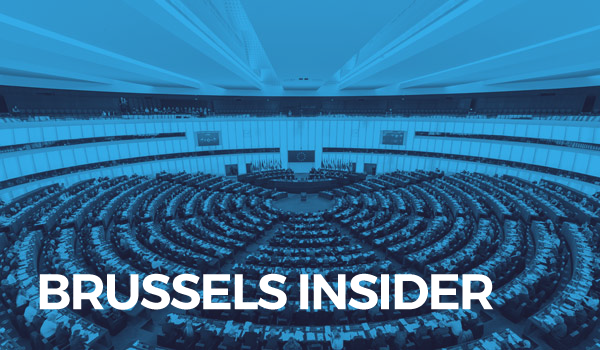 In the UK the findings of an independent review by Professor Dieter Helm of the University of Oxford into the costs of energy generated a lot of publicity.

“Consumers and businesses ‘paying too much for energy’, headlined the BBC. According to the BBC Helm’s report “concluded that energy-users should have benefited more from falling costs and technical efficiencies. And he recommended a new default tariff to replace current variable tariffs. That new tariff would effectively cap the profits made by energy companies, although prices themselves would not be controlled.”

A detailed review of the Helm report can be found on the website of Carbon Brief written by Jocelyn Timperley. She notes that the review contains 67 recommendations.

Perhaps the most important one is that according to Helm, “the most efficient way to meet the Climate Change Act’s 2050 target and its nearer term carbon budgets is to implement a new universal carbon price across the entire economy. The price would be varied so as to meet the carbon targets, but would be significantly lower than the cost of the current multiple interventions, he claims.”

In his report, “Helm identifies seven main taxes on energy and carbon (though he notes these depend on how taxation is defined). Several of these are ‘of mind-numbing complexity’, he says, due, in particular, to the many exemptions they include. He contrasts this with his proposed simple uniform carbon price.”

Helm argues “that avoiding detailed intervention is a key to keeping down the cost of energy. It is important not to try to pick winners, he says, and to focus on ‘the framework within which the private sector brings new ideas, new technologies and new products to the end-user’.

Not everybody agrees with the idea that a single carbon price would solve all problems. As Carbon Brief reports, “Sam Hall, senior research fellow at “liberal conservative” thinktank Bright Blue, argues an economy-wide carbon price is a volatile and uncertain price signal for investors, subject to short-term political and economic forces, that would struggle on its own to drive the required investment in the low carbon economy.”

A second interesting recommendation from Helm is a proposal that a new “unified equivalent firm power (EFP) capacity auction” should be put in place to merge Feed-in Tariffs (FiTs) and other low-carbon Contracts for Differences (CfDs). Under this new auction, generators would be responsible for their own balancing, meaning  variable generators would need to make contracts with demand side, storage and back-up plants – or else invest in these themselves – to manage the costs of variable output.”

Again, not everyone agrees. “Bob Ward of the Grantham Research Institute says this would require, for instance, the owners of offshore wind farms to enter into arrangements to provide power to the network from alternative sources when wind speeds are too low to do so. ‘This would be likely to create unnecessary additional costs, however, as balancing costs arise at a system level rather than for individual wind farms,’ he explains.”

Michael Grubb, professor of international energy and climate change policy at UCL, “also says such a system risks making the system less efficient, since backup should come from the cheapest source and only as much as the system overall needs.”

Carbon Brief concludes that “Helm’s review has two main findings: the cost of energy is higher than needed to be in line with the Climate Change Act and ensure security of supply; and energy policy, regulation and market design are “not fit for the purposes” of the emerging low-carbon energy market.

He believes the government should streamline and simplify the array of low-carbon policies into one universal carbon tax, arguing that the inability of the market participants to grasp all the different interventions is, in itself, likely to increase the cost of energy.”

“Helm also presents a wide range of proposals for reforming the electricity market. These include giving the transmission and distribution price reviews another look, the introduction of a new default tariff to replace the Standard Variable Tariff (SVT). and reforming the FiTs to capture refinancing gains (after existing commitments have been met). Energy efficiency should be addressed primarily through standards and other non-tax and non-levy measures, he says.”

However, since the report contains so many recommendations (and they are the views of one man only), it “remains to be seen which, if any, the government will adopt”, notes Carbon Brief. “Furthermore, the government has already published its long-awaited “clean growth strategy”, setting out how it hopes to meet the nation’s legally binding climate goals up to 2032, although large policy gaps remain.”

A research paper published on 25 October by the Institute for Energy Economics and Financial Analysis (IEEFA), a climate-related think tank based in the U.S, finds that plans by Enel Group’s Spanish-subsidiary Endesa to sink €400 million into upgrading three aging coal-fired plants is a likely loss-making proposition under new European Union emission-control rules.

The report—“How European Utilities Can Capitalize on New Air Pollution Limits to Drive Decarbonization: The Case of Endesa”—concludes that Endesa would be better served canceling the upgrades, closing the plants, and turning to its underutilized natural gas capacity and increasingly economic renewable generation.

“The Enel Group would do well to turn the page on its coal legacy and close the three Endesa power plants in question,” said Gerard Wynn, an IEEFA energy finance consultant and a co-author of the report. “The three plants, Litoral, AS Pontes and Alcudia, aren’t needed in a country with severe generating over-capacity and where existing, cleaner-burning gas-fired electricity generation is barely running.”

Wynn noted that impending changes in EU emissions policies loom large for the European electricity-generation industry in general. “New tighter EU air pollution limits, which take effect in 2021, present all European utilities with a strategic opportunity to run a slide-rule over their coal power assets, and where these are non-compliant, decide to move forward more aggressively with coal retirement plans,” Wynn said.

Massimiliano Patierno of the Madrid-based International Institute for Law and the Environment said the report suggests an important policy moment for Spain. “Coal has no future within the European Union beyond 2030,” Patierno said. “The Spanish government should follow the path of countries such as Italy and the U.K. that have already committed to phase out coal.”

The report details several cases for why the plants should be shuttered rather than upgraded:

The paper also includes an analysis of Engie, another major European utility with what Wynn called “one foot in the green renewable energy world of the future and the other stuck in the brown coal era of the past.”

European energy providers overvalue the commercial brand value on their balance sheets by at least 30 billion euros. This is one of the conclusions of research conducted by Brandhome and Professor Fridrik Larsen published on 9 October.

According to Erik Saelens, Brandhome’s Founder and Executive Strategic Director, major international players such as Engie, E.on, Eni and Centrica “massively overestimate their brand value, because the real commercial value of their brands is on average worth only half of what is represented.” He bases this on a calculation made using the company’s “digital brand equity calculator”.

Saelens presented his findings at the Charge International Conference on Energy Branding in Reykjavik. You can check out his keynote speech and slide deck, and read this article by Montel for more details.

Brandhome’s research shows that Samsung, Google and Apple are the most preferred brands to buy energy from in Europe.

Professor Larsen has a clear message for energy companies: “Unfortunately, I expect that we will see many big energy providers going bankrupt in the coming years, being taken over by Big Tech companies, or that the government will have to lend a hand to keep these companies afloat. I hope our research will be a wake-up call and that energy brands will evolve to the point that they reinvent themselves and start offering their clients genuine added value.”

Brandhome also conducted research into the energy markets of Belgium and the Netherlands. This research shows that price is still the most important reason (62%) for choosing a provider. But 59% of consumers would be willing to switch to their preferred tech brand to buy energy from if it was offered.

Saelens: “This is the first time we’ve seen a commodity offering, such as energy, having a brand pricing power comparable to that of a luxury brand. Brands like these could, therefore, in a very short time and in a highly regulated market like the energy market, turn everything upside down because they are able to dictate the switching elasticity of the market.”

Construction of non-nuclear facilities at the site of the planned Akkuyu nuclear power plant in Turkey can begin after the granting of a limited construction permit (LCP). A licence permitting full construction to start is expected to be issued in the first half of 2018, reports World Nuclear News.

Akkuyu Nuclear JSC announced on 20 October that it has been granted a limited construction permit by the Turkish Atomic Energy Authority (TAEK), notes WNN. “The LCP allows the start of construction and installation works at all facilities on the nuclear power plant, except for the buildings and structures important for nuclear safety. Construction can therefore start on facilities such as the turbine island and auxiliary buildings and structures.”

The company said this was “the first step on the way to obtaining the Construction Licence”.

WNN: “Akkuyu Nuclear JSC applied to TAEK on 3 March 2017 for the construction licence of Akkuyu unit 1. The application documents included a Preliminary Safety Analysis Report of the Akkuyu plant, as well as a Probabilistic Safety Analysis and several other documents certifying safety of the plant. Akkuyu Nuclear said the granting of the LCP resulted from the thorough review and evaluation of those documents by TAEK.”

Yuri Galanchuk, CEO of Akkuyu Nuclear JSC, said: “Obtaining the limited construction permit is a significant step forward for implementation of the Akkuyu project. We are actually moving from the preparatory stage to construction activities at the site.” He noted that a major part of these construction works will be carried out by local subcontractors.

Galanchuk added, “Our next task is to get the construction licence. We would like to commence construction of the entire set of the nuclear power plant buildings and structures at the earliest time possible. Full compliance with all national and international safety standards remains our top priority.”

The project to build four 1200 MWe Gidropress-designed AES-2006 VVER pressurised water reactors on the Akkuyu site in Mersin province in southern Turkey is being financed by Russia under a build-own-operate model, in accordance with an intergovernmental agreement Turkey and Russia signed in 2010. The plant is scheduled to start operations on 29 October, 2023 – the centenary of the founding of the Republic of Turkey.