Aviation needs a Tesla moment. Rolls-Royce could deliver it

Rolls-Royce is promising to launch an all-electric plane by 2020 that can fly London to Paris, and break the electric aircraft speed record. Is this one-seater the first step towards an airliner that can carry hundreds? The aviation sector needs all the good news it can get as it struggles to find an alternative to kerosene fuel.

The Rolls-Royce project is called ACCEL, short for “Accelerating the Electrification of Flight”. They’re calling this the beginning of the third wave of aviation, and Rolls-Royce wants to be its champion.

The company traces its history back to the luxury car maker established by Charles Rolls and Henry Royce in 1904. Today its jet engines are widely used by the likes of Airbus and Boeing. They are also a major player in the marine and power generation sectors.

They’ll need to build the most powerful battery ever built for flight. Yet it has to be light enough to fly, and stable enough not to overheat. And it has to be powerful enough to fly the new plane at 300 mph (483 km/h) and more. That’s because they want the aircraft to break all records and become the fastest all-electric plane in history. By comparison, the current record for an all-electric plane, set by Siemens in 2017, is 210 mph.

ACCEL is partly funded by the UK government and involves a host of partners including electric motor and controller manufacturer YASA and the aviation start-up Electroflight.

YASA’s standard electric motors have been used in several high-performance cars such as the Drive eO PP03, Jaguar C-X75, Koenigsegg Regera, and a Lola Le Mans Prototype converted by Drayson Racing, which set a world electric land speed record in 2013. 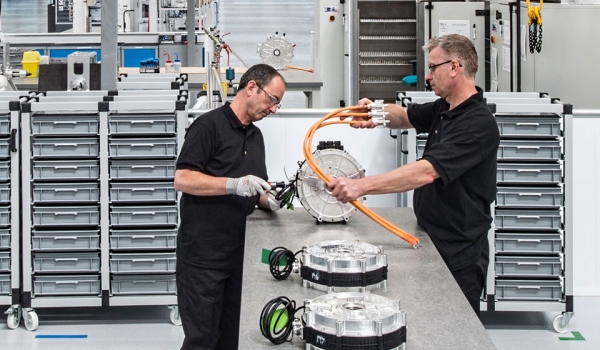 But why would Rolls-Royce partner with a tiny start-up like Electroflight? In an interview with The Telegraph, Rob Watson, director of Rolls-Royce Electrical, explained: “We are a world-class engineering organisation but on an industrial scale, and we’re used to developing gas turbines, so we wanted to see [what happens] if we thought completely differently about an electric propulsion system.” So Rolls-Royce have taken a stake in this small entrepreneurial company to learn a thing or two “[to] see how they go about fixing these problems.” Aviation propulsion certainly needs fresh thinking.

Forget about emissions: electric planes will have a huge design advantage over planes powered by kerosene. The traditional gas turbines have to be hung under the wings on an aircraft to be near the rotating blades, and for safety. That affects the aerodynamics and drag of the design. The electric battery can be placed anywhere in the aircraft. In fact, you can distribute the weight of the batteries across and within the aircraft. This should mean dramatic improvements in the aerodynamic design. 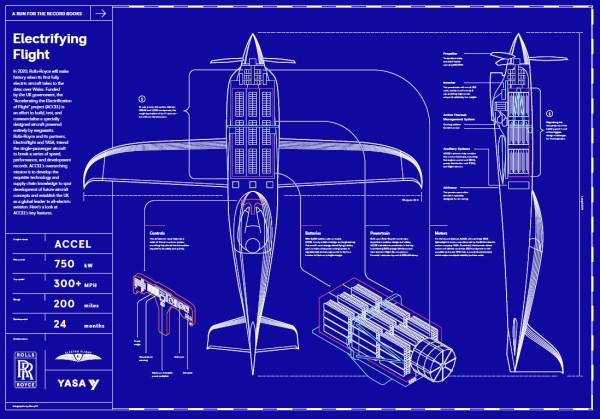 This is just a first step in the emergence of electric planes. Gas turbine technology will remain the propulsion system of choice for the aircraft industry because of the extremely high power density of kerosene, needed to fly hundreds of people thousands of miles. Rolls-Royce’s new single-seater electric plane will use 6,000 battery cells and will have a 200-mile range, enough for a London to Paris flight.

Of all sectors, aviation is struggling the most to transition

Compared to road transport, buildings, marine, and the other major categories, the aviation sector is under the least pressure from legislators to curb its emissions, because of the practical difficulties of finding a power-dense alternative to kerosene. That means aviation’s emissions projections are among the worst. The latest European Aviation Environmental Report states: 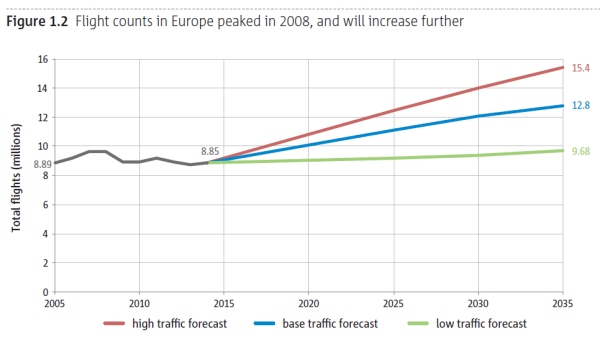 Direct emissions from aviation account for about 3% of the EU’s total greenhouse gas emissions and more than 2% of global emissions. If global aviation was a country, it would rank in the top 10 emitters.

By 2020, global international aviation emissions are projected to be around 70% higher than in 2005 and the International Civil Aviation Organization (ICAO) forecasts that by 2050 they could grow by a further 300-700%.

“Regular production of aviation alternative fuels is projected to be very limited in the next few years, and thus it is unlikely that the roadmap 2020 target will be achieved”

The European Aviation Environmental Report looks at three alternatives to conventional jet fuel: Fuels from hydroprocessing of vegetable oils and animals fats such as Hydroprocessed Esters and Fatty Acids / Hydrotreated Vegetable Oils (HEFA/HVO); Fischer‑Tropsch fuels obtained from biomass (Biomass to Liquid‑BTL); Synthetic iso‑paraffin fuels obtained from the conversion of sugars. But progress is extremely slow. As the report says, “regular production of aviation alternative fuels is projected to be very limited in the next few years, and thus it is unlikely that the roadmap 2020 target will be achieved” for aviation. There is simply no mention of batteries.

It doesn’t look good. Then again, electric cars didn’t look very promising when they started on their transition journey, and now they are widely available. Today it’s hard to keep up with the news from car manufacturers of new models and new multi-billion investments.

So before you buy that ticket to your cousin’s wedding across the Atlantic, remember that someone flying from London to New York and back generates roughly the same level of emissions as the average person in the EU does by heating their home for a whole year. Instead, you could wait a couple of years and take a much more eco-friendly and enjoyable trip on an electric plane to Paris. Think of the carbon emissions, the wine, the cheese…